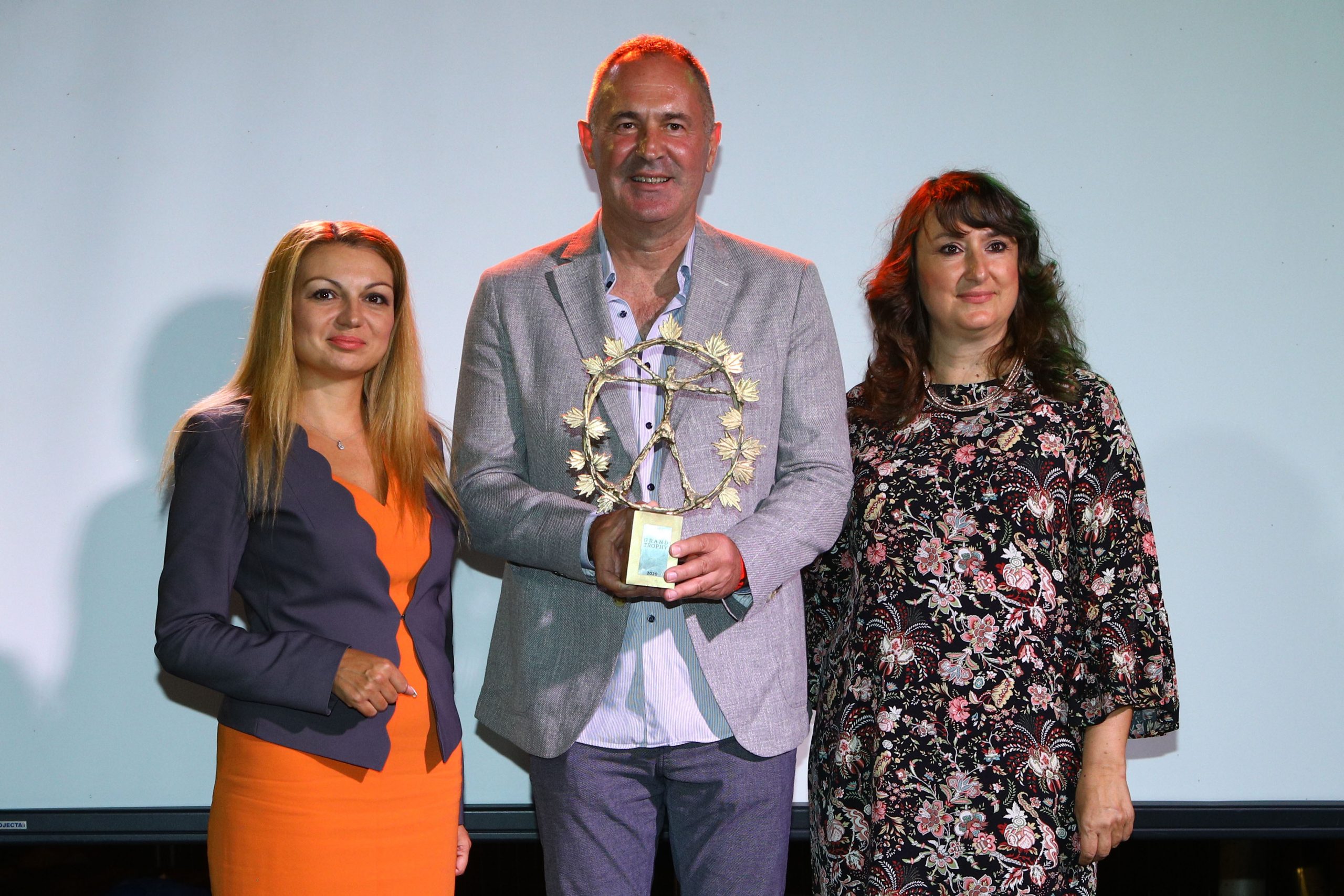 Triumph Selection from the Serbian winery Vinarija Aleksandrović was declared the best wine in the Balkans at the moment. The decision of the expert jury of the ninth Balkan International Wine Competition and Festival (BIWCF) became clear on the first day of the wine festival in Sofia. The traditional award ceremony, called “The Balkan Wine Oscars”, was held outdoors for the first time and was open to all visitors to the wine town in front of the National Palace of Culture.

The new rotation system of the host countries, announced last year, debuted in the Serbian capital, Belgrade. The 15 judges from 11 countries chose the winners in all categories among the record 230 participants. The chairman of the jury for the ninth time was the first Master of Wine in the Balkans – Konstantinos Lazarakis.

The next country to host the competition will be North Macedonia. This was announced by Galina Niforou, director of BIWCF, from the festival.

The official award ceremony was opened by the Deputy Minister of Agriculture, Food and Forestry Dr. Lozana Vasileva. She also gave the Grand Trophy to the Serbian winery Vinarija Aleksandrović.

“This is a forum with traditions, which gives the opportunity to Bulgarian wine producers and those from the Balkans to show the quality and specifics of wine produced in our region. I congratulate the organizers of this festival and the Association of Wine Producers and Exporters for this wonderful event for the opportunity to show what high quality wines we produce here in the Balkans“, said Vasileva.

The Turkish Suvla winery was awarded with the „Best Cellar in the Balkans“ Trophy.

The Balkans Wine Festival lasts until September 19 and welcomes the residents and guests of Sofia in a specially built Wine Town in the park in front of the National Palace of Culture. In addition to getting acquainted with some of the most interesting wineries in Bulgaria and the Balkans, wine lovers will have the opportunity to taste the award-winning wines in a special Golden Tent.

Here is the complete list of trophy holders in the different categories:

The other participants in the contested race shared double gold, gold, silver and bronze medals. The awards for the best wine by country – Best of Show – were announced after the end of the competition in Belgrade, and during the official „Balkan Wine Oscars“ the winners received their statuettes.

Here are the awarded Best of Show wines by countries:

„Last week, the competition was held for the first time in Serbia and was extremely successful. I thank the jury from the bottom of my heart for the wonderful work. This year, the judges chose the winners from a record number of participants“, said Galina Niforou, director of BIWCF. She invited Elena Mladenovska, president of the Wines of Macedonia Association, to the festival stage.

„We in the Balkans should not only drink good wine and praise our wines, but also trust each other and support each other,“ Elena Mladenovska said in her speech.

You can download this article and photos by Bozhidar Markov here.