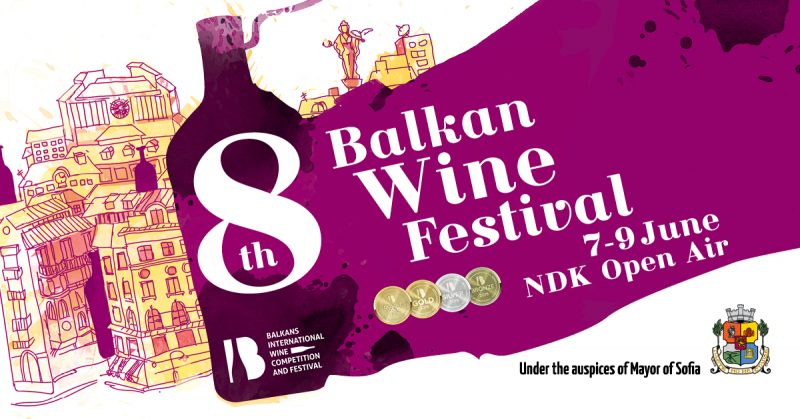 Cuvee Monsignori Santorini 2017 from the Greek winery Estate Argyros is currently the best Balkan wine. This was the jury’s decision at the prestigious Balkan International Wine Competition and Festival 2019 (BIWCF). The winner was announced during a gorgeous gala dinner called “Balkan Wine Oscars” in Hilton Hotel on Friday. The organisers said that in 2020 the competition’s host will be in Serbia. At the end of the working week the festival commenced in the open air – it will gather wine lovers on Saturday and Sunday as well from 12  pm to 10 pm at the special wine town next to the National Palace of Culture.

The eighth edition of the most prestigious Balkan wine competition introduced a new category. In addition to the traditional awards and the Grand Trophy for the best Balkan wine, the Best of Show awards were given for the first time – praising the best wine from each country.

The trophy “Best Winery on the Balkans” was split between the Bulgarian Edoardo Miroglio and the Turkish Chamlija Winery due to their equal points received at the competition. The jury’s chairman Konstantinos Lazarakis MW said that this is the first such case in the competition’s history.

Here’s the full list of the awarded in all categories:

The Best of Show awards were given in alphabetical order. However, not all participating countries were awarded. “In order to get that award, the wine from the particular country needs to have received at least one medal”, explained Konstantinos Lazarakis. The Best of Show Bulgarian award was given to Katarzyna Estate for their Katarzyna Reserve 2012.

Here’s the awarded Best of Show wines by countries:

Galina Niforou, Director of the Balkan Wine Competition and Festival, revealed some more great news. From 2020 onwards the competition part will be split from the festival one – the latter remains in Sofia, whereas the former will be held in different Balkan countries. The first host after the Bulgarian capital is Belgrade, Serbia.

“The BIWC is the most influential and I’m sure it is the best wine competition in this part of the world. I’m really proud and very happy that Serbia will be the next host. It was quite difficult to decide to do this because it is not so simple – there are lots of logistics to be solved. But i think it’s a good step and in this way we can include more energy, more people, more wine makers – to pay more attention in the whole Balkan region. So I hope I will see all of you next year in Belgrade and I promise you will spend great time there!”, said the Serbian jury member Igor Lukovic from the stage, right after the announcement.

You can download this material here and the photos by Bozhidar Markov you will find at this link.